First, it was gold, then came diamond, and now it is the turn of platinum. These days, platinum jewelry is increasingly getting associated with engagements, weddings and celebration of special occasions, and this is becoming a worldwide trend. The grey-white metal, popular in Japan, the US and China as a high-quality antique jewelry component, has also made its way into Indian weddings – especially in the urban areas.

But platinum is by no means a new material in jewelry crafting. It is a precious metal that has been used since the 1800s in high-end pieces and watchmaking, as watchmakers appreciate its unique properties (it neither tarnishes nor wears out). Some of the most alluring antique and estate jewelry pieces are made from this material.

Its rarity as a metal has also been related to exclusivity and wealth, which makes it perfect for high quality platinum jewelry. The prestige that conveys also translates to platinum credit cards, which have greater privileges than gold cards and in the number of records sold by an artist, which conveys more than a million records sold.

To get an idea on how exclusive platinum jewelry can be, platinum is about 30 times rarer than gold, which is itself already much rarer than any other precious metal. The amount of places on earth that successfully mine this metal is extremely limited, reason why platinum pieces are not seen as often as gold or silver pieces.

Currently, Platinum is very popular in the high-end customer segment, who prefer setting a solitaire in platinum because of its density. But now even retail buyers are buying engagement bands and pendants because of its attractive pricing. Until recently, platinum was sold as a premium to gold. But, after the bull run in the yellow metal, gold and platinum prices are at the same level today.

Which makes platinum more of an investment than ever before. Platinum has become an investment vehicle and countries like the USA, Canada, Australia and China now mint platinum coins for purchase as investments.

Platinum pieces are usually breathtaking for their white metal color and because platinum, as opposed to other metals, doesn’t need any kind of enhancement to show its beauty. But they can also be extremely durable; a characteristic that makes it very coveted among jewelry experts and makes for the perfect gift that wants to convey everlasting love.

A fine ring made from gold will start to wear down after five to seven years and will need major repairs after ten to twelve years. Platinum jewelry will always last twenty to thirty years, and it’s not uncommon for platinum pieces to last 75 to 100 years, reason why platinum is sometimes called the miracle metal.

So if you are looking for that perfect jewelry piece to show someone else your love and commitment, platinum can be the perfect choice. 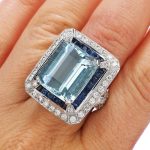 Aquamarine – The Mystical Beauty of the Ocean, Trending this Spring 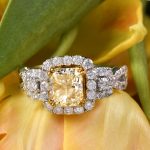 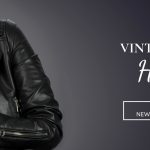 California Dreaming: Everything Old is New Again. Vintage and Estate Jewelry Is Hotter Than Ever 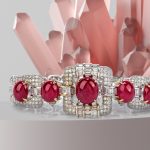 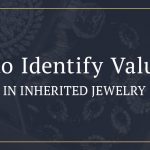 How to Identify Valuables in Inherited Jewelry

Getting To Know Dover Jewelry 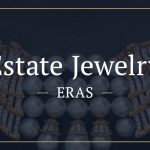 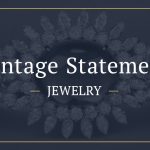