Opal, the best gem for your Antique Jewelry.

Opal is one of the most beautiful gemstones and striking because it has different shades of color. This gem stands out for its brightness and is the only one that can reflect the light and transform it into the colors of the rainbow; this effect gives it that special and unique touch.

The colors vary depending on the size of the fields present in the structure of the stone, and when very large red color is produced, but if they are small can be green or violet.

This gemstone was admired by Greeks, Romans, Arabs and several villages in Asia. It was known as the “Eye of the World” since healing powers was attributed to blindness. The precious opals were considered by European royalty, even Napoleon gave him a red opal his wife Josephine.

The quality of opal is linked to the ability of irradiation of the crystals; there are two types, common and noble. The first presents a single color, while the second sample number. It can be found in the following colors: black, gray, white, brown, purple, yellow, orange, green and transparent. Low hardness is between 5 and 6.5 on the Mohs scale, so it is quite fragile.

In jewelry precious opals are often used, which is presented in white, black and red. Depending on the type of drawing that produces its luster include: Harlequin opal shaped diamond, opal Butterfly, opal and opal floral crashed. The opal is usually cut en cabochon to highlight its luster and iridescence.

Another widely used type of opal jewelry is in Boulder. Is formed between the cracks of the rocks, so bring composition of the rock where it is formed. They usually have iron inclusions. These opals are of good quality and with blacks are the most popular in jewelry.

It is important to note that there are imitations of resin, plastic or glass. There are also synthetic opals as Gilson, made in the laboratory.

– The Olympic Australis opal, opal largest ever found so far.

– Andamooka Opal:  known as the Queen’s Opal, because it was a gift to Queen Elizabeth II. Mine Discovered in Andamooka in South Australia in 1949, has a weight of 203 carats.

– The Roebling Opal, a gem carat weight of 2565 now belongs to the Smithsonian National Museum of Natural History, in Washintong.

– The Galaxy Opal, a discovery made in Brazil that is now part of a private collection and is the largest opal polished, with 3,749 carats. 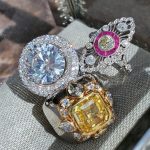 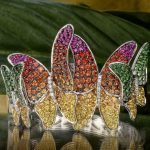 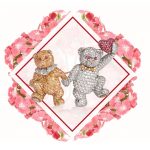 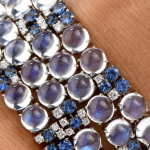 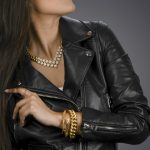 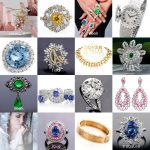 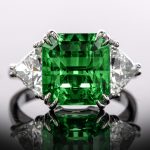